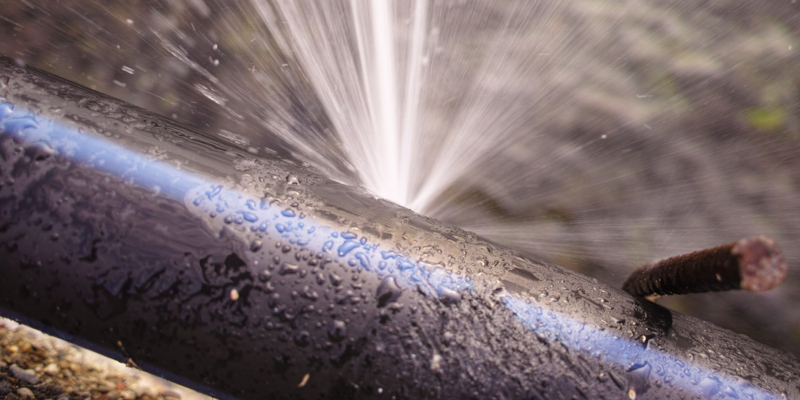 Leaks in your ceilings, leaks in your front yard, and leaks in your walls are all signs that there’s an issue with your pipes. What you may not know is that pipes that frequently burst or leak may be attributed to the type of piping you have. Dura Pex piping and Polybutylene piping are both common piping materials used in homes here in the Lake Norman, North Carolina area, but they do not hold up in the long-term, so many of our clients have had to repipe to remove these materials and replace them.

Dura Pex tubing, fittings, and clamps all suffer from design defects, and these piping systems often totally fail due to their inability to withstand daily use in the average home. The main reason Dura Pex piping fails is because it is prone to oxidization, a process that occurs when oxygen affects the quality of the material. Over time, the oxidization process leads to cracks and ruptures that can cause leaks and burst pipes.

The Problem with Polybutylene Pipes

A form of plastic resin, polybutylene was used extensively to manufacture piping from 1978 to 1995. Originally viewed as the innovative pipe of the future thanks to the low cost of the material and how easy this piping material was to install, it quickly became a substitute for copper piping.

Unfortunately, oxidants often found in public water supplies, like chlorine, negatively react with Polybutylene pipes, causing them to flake, scale, and become brittle over time. As a result, piping systems with this type of material lose their structural integrity and often leak or burst without warning.

Do you have Dura Pex or Polybutylene pipes in your home? We can help you determine if repiping is the best solution. If a repipe project is the best option, we will remove the faulty piping and install new, reliable piping materials that will ensure your plumbing system remains intact for years to come! Give us a call now.

Our superior service and expertise as a local 24-hour plumber in Statesville, North Carolina are what make our team at Top Notch Plumbing Services Inc. your best choice! Call us today!